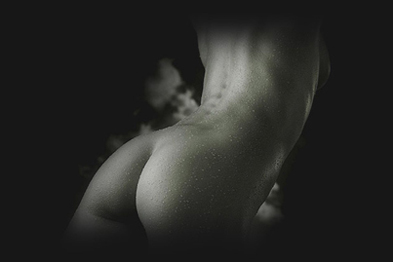 A new study by bodySCULPT® plastic surgeons titled “Brazilian Butt Lift under Local Anesthesia (BBLULA): A Novel Technique Addressing Safety Concerns” has been published in the December 2018 issue of Plastic and Reconstructive Surgery. Performed under local anesthesia,Brazilian Butt Lift under local anesthesia in NYC is a relatively a new concept invented by leading plastic surgeons Drs. Spero Theodorou and Christopher T. Chia of bodySCULPT®. The main aim of this study was to present data where gluteal lift is performed under local anesthesia, address safety concerns, and clarify all the speculations BBL had before.

Buttock augmentation with autologous fat grafting, or gluteal lift (currently marketed as the “Brazilian butt lift”), represents one of the most rapidly evolving and increasingly popular operations in aesthetic surgery. In this “dual-benefit” body contouring procedure, fat harvested from unwanted areas to enhance contouring using liposuction is prepared for transplantation into the gluteal region.

This procedure provides women with a well-shaped curvy posterior using their own fat from areas where it is available in excess. The popularity of the treatment has soared as it provides beautiful natural-looking outcomes without the hassles associated with implants. According to the American Society of Plastic Surgeons (ASPS), BBL or buttock augmentation using fat grafting increased by 10% in 2017 over the previous year.

But then, recently, traditional Brazilian Butt Lifts under general anesthesia have been reported to have the highest rate of deaths by far for any elective cosmetic procedure. In this operation, fat is removed from unwanted areas, carefully prepared and then injected into the buttocks and thighs for either increased volume, improved shape or both. Unfortunately, it was found that when fat is injected into and below the muscle either intentionally or unintentionally, it can have devastating consequences. The fat may enter the bloodstream and cause the heart and lungs to fail and lead to death. This was found to occur in one out of 3,000 cases by the Fat Grafting Task Force, a multi-disciplinary group of plastic surgeons who looked carefully into this. Even though there are several theories as to why this happens, one of the major reasons is that when the gluteal (buttock) muscle is penetrated by the fat grafting cannula, the large veins underneath are somehow damaged and that fat inadvertently enters the bloodstream.

But now, a new effective and revolutionary technique, Brazilian butt lift under local anesthesia (BBLULA) invented by bodySCULPT plastic surgeons, NYC has been proved to be extremely successful as a safer alternative for traditional BBL. To prove the safety and efficacy of this procedure in the awake patient, the study was done as follows:

Dr. Chia says that, “this pioneering operation retains all the benefits of traditional BBL without the risk of general anesthesia and the accidental injection of fat into the bloodstream”. The surgeons took their experience of over 5,000 awake liposuction cases and extended the technique to where patients can have the fat removed from the places they do not want it and safely injected into the buttocks and other desired areas.

The study concludes that satisfactory outcomes could be achieved without injecting fat into the muscle, thereby eliminating the potential for misguidance, misadventure, and fatal complications.

BBLULA is an ideal option for patients who want subtle results. It is a relatively short procedure with a very short recuperation time and a quicker return back to normal activity.