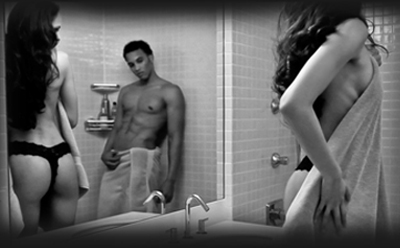 What makes a woman attractive to a man physically is a question that provokes never-ending discussion. An attractive posterior has always been in the spotlight, more so recently with celebrities like Kim Kardashian and Jennifer Lopez displaying their beautiful curves. This has drawn attention to Brazilian butt augmentation, a procedure offered by skilled NYC plastic surgeons. A recent study has highlighted a new element – a curved spine which ends in a curvy butt.

In the past, research has looked at the relationship between attractiveness and waist-hip-ratio (WHR). Linking a woman’s health, fertility and WHR, it was stated that female “mate value” was determined by her WHR. The researcher concluded that men liked women with a small waist and big hips which signal youth and fertility. The recent study adds an extra dimension to this by looking at human evolutionary theory to explain the male preference for women with a prominent posterior that is the result of a curved spine.

The extra mass around the buttocks improves the curvature of the spine, popularly known as the ‘S-curve’. According to the study, this curve would have allowed ancestral women to move their centre of mass back over their hips during pregnancy, minimizing fitness threats. This would have made them more attractive as mates.

The researchers had more than 300 men rate the attractiveness of female shape that had lumbar curvatures which ranged from 26 to 61 degrees. The results were as follows:

According to an article in the Huffington Post, these findings give a new explanation as to why Kim Kardashian and Jennifer Lopez, with their noticeably beautiful curved derrieres, are considered so attractive. In fact, these celebrities have boosted the demand for the S-curve Brazilian butt lift. This cosmetic surgical procedure improves the volume, shape and position of the posterior using the woman’s own fat – rather than implants.