Wider acceptance, social media, competitive work environments, celebrity-inspired requests or simply the desire to look good – these are the main factors driving this demand for cosmetic treatments. Technology has also played its role, making it possible for plastic surgeons to provide more natural looking outcomes in minimal time and with the least discomfort to the patient. The growing popularity of cosmetic minimally invasive procedures is obvious from the 2014 ASPS report, which shows the proportion of these treatments rose 154 percent from 2000-2014 and 4% percent during 2013-2014, with more than 13.9 million procedures in 2014.

ASPS reports that one procedure that stood out in terms of demand is butt enhancement, and that buttock augmentation with implants and butt lifts was the fastest growing procedures in 2014. Minimally invasive fat transfer butt augmentation rose 15 percent from 2013 to 2014 and buttock lifts rose 44 percent during the same period. Buttock implants rose 98 percent from 2013-2014. 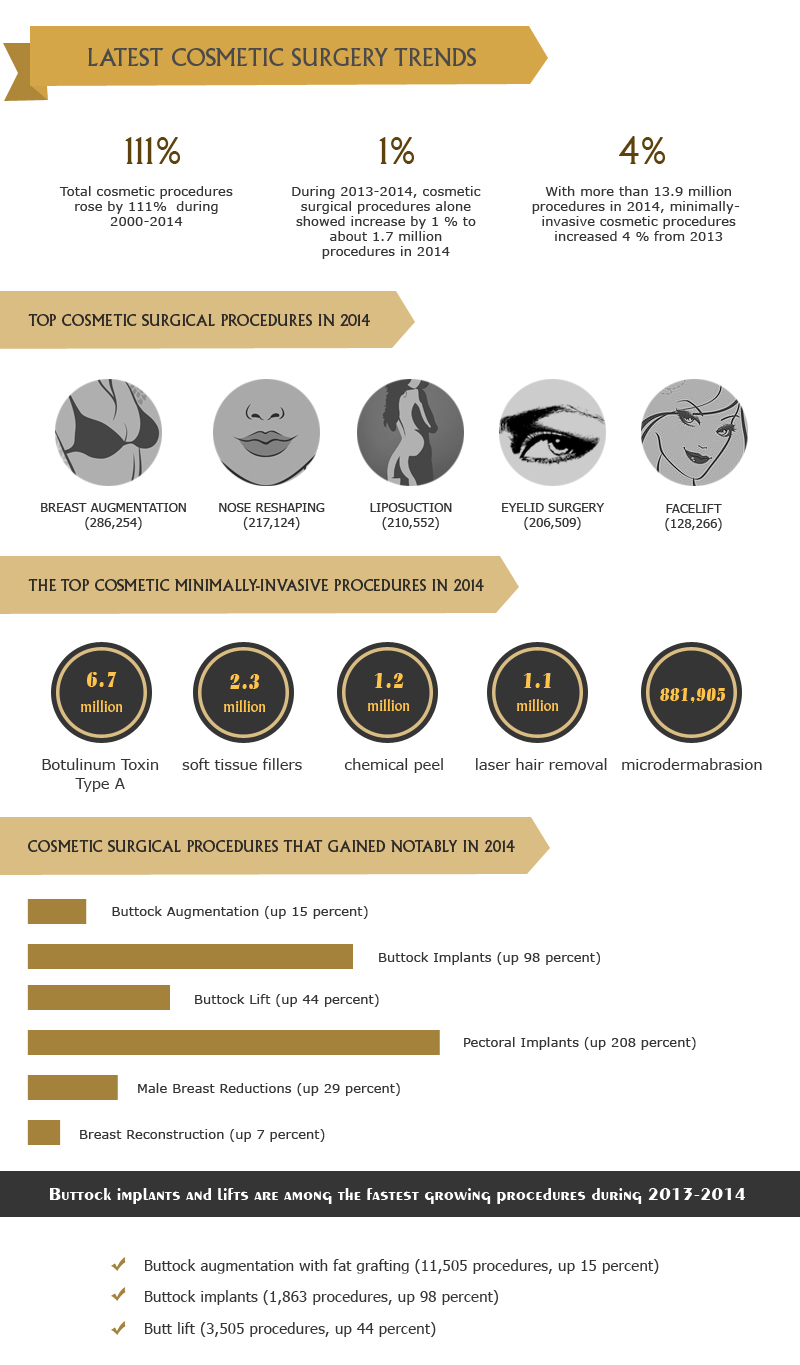 While these trends may inspire even more people to take the step, caution is necessary when choosing the provider. Don’t be led by advertisements and low rates – choose a qualified and experienced plastic surgeon who can provide safe procedures to help you achieve an optimal outcome.