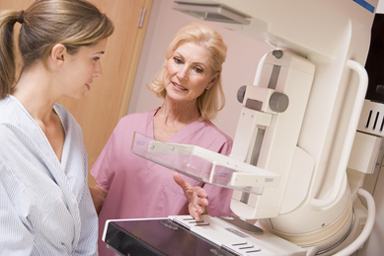 Mammograms play a key role in the early detection of breast cancer and can save lives. However, breast cancer screening comes with drawbacks such as false positives and unnecessary biopsies. One much debated question is when women should start getting a mammogram and how often they should get screened. Two expert groups – the American Cancer Society (ACS) and the U.S. Preventive Services Task Force (USPSTF) – differ in their opinion on this matter. Let’s see what the new guidelines released by these experts have to say.

According to the government’s U.S. Preventive Services Task Force (USPSTF) guidelines on mammography which came out in January 2016:

These recommendations are different from those released in October 2015 by the ACS. In their updated guidelines, the ACS recommends:

According to the ACS, the risk of breast cancer is so low in women under 45 that the harms of mammography will be greater than the benefits for this age group.

The new screening guidelines of the USPSTF stress that personal preferences and individual health history are important factors to consider. Women should be aware about the benefits and drawbacks of screening, and weigh the benefits to the harms of screening to make the decision as to whether to have a mammography or not. According to the USPSTF, women between the ages of 50 and 74 experience the best balance of benefits versus risks. However, yearly mammograms may prove harmful for women in their forties as they are likely to have dense breast tissue which could lead to false-positives. This could lead to another mammogram, ultrasound or MRI to confirm the results. Follow-up screenings often show no problems with the breast tissue, but they can put women through unnecessary anxiety, stress and treatment.

In a review of the latest guidelines on mammography, Harvard Medical School recommends that women discuss the matter with their doctor to determine when and whether they should have their next mammogram. The decision can be based on factors such as personal breast cancer risk, mammography risks and benefits, personal preferences, and age.