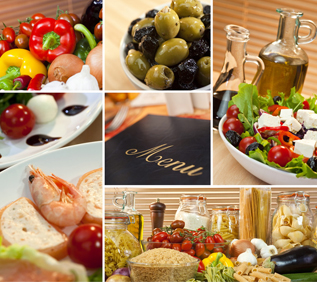 There are foods that can trigger or worsen certain ailments. The positive impact of a Mediterranean diet on heart, brain and overall health is no secret. The traditional Mediterranean diet incorporates fruits and vegetables, whole grains, legumes and nuts, olive oil, fish and poultry, and herbs and spices (instead of salt to flavor foods). It recommends limiting the consumption of red meat to a few times a month.

Health Magazine recently reported on a new study by researchers from Spain which suggests that the Mediterranean diet could help women to reduce their risk of breast cancer – without cutting calories, losing weight or taking medication.

The study followed more than 4,200 women, in the age range 60 to 80. All were at high risk of heart disease and were obese. Obesity is a risk factor for breast cancer. The participants were asked to follow one of three types of diets:

The study found that a long-term dietary intervention with the Mediterranean diet and extra virgin olive oil had a significant impact on the incidence of breast cancer. The key findings are as follows:

The researchers postulated that olive oil has substances that may stifle the growth of the breast cancer cells and kill abnormal cells.

This study was conducted within the framework of a larger one to evaluate the effect of the Mediterranean diet on heart disease prevention. The authors admit that their study had limitations in that “breast cancer was not the primary end point and that it was unclear whether the olive oil was beneficial on its own or taken within the Mediterranean diet”.

Nevertheless, the Health Day report quotes a leading nutritionist who reviewed the findings as saying, “While the actual number of [breast cancer] cases was small, and thus makes it hard to say for sure that diet was the factor that made the difference, the fact that the diet with extra virgin olive oil resulted in fewer cases of breast cancer is worth assessing.”

Breast cancer risk can be reduced by eating a diet rich in vegetables, avoiding smoking and drinking alcohol in moderation. Undergoing breast cancer screening as recommended by a physician is also important.