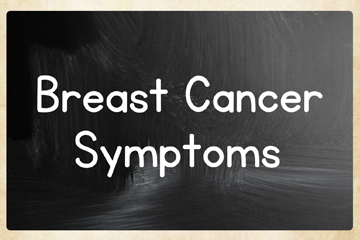 Breast cancer type depends on which cells in the breast become cancerous. According to cancer.org, 81% of breast cancers are invasive, which means the abnormal cells have broken through the walls of the glands or ducts from where they originated and have grown into the surrounding breast tissue. Breast cancer was referred as a single disease earlier, but now it is considered a group of diseases depending on the type of tissue in which cancer originates. The cancer would differ based on risk factors, presentation, response to treatment, and outcomes.

Different kinds of breast cancer show different kinds of symptoms. For instance, invasive ductal carcinoma (IDC) is formed in the milk ducts and the cancer cells grow outside the ducts into other parts of the breast tissue. This may cause a distinct breast lump that you can feel. In invasive lobular carcinoma (ILC), which is formed in milk-producing glands, there is thickening in the breast, and the cancer cells spread from milk glands or lobules to the surrounding breast tissues.

The common types of breast cancer

Some types of breast cancer don’t show any symptoms or may not be detected in a mammogram or ultrasound. It is very important to self-examine your breasts every day. If you find any changes, signs or symptoms in your breasts that worry you, consult your doctor as soon as possible.