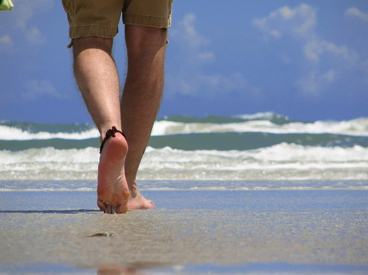 In today’s world, there nothing unusual about jobs and activities that involve sitting for 8 to 10 hours at a stretch. Research has shown that sitting continuously for a long time increases the risk of obesity, heart disease, diabetes, kidney problems and even premature death. Well, if you are one of those people who spend about one-third or more of your day sitting, a new study offers a solution. It suggests that taking a 2-minute hourly walk can counter the harms of sitting for a long stretch of time.

Researchers from University of Utah in Salt Lake City and other institutions conducted the study utilizing data available in the National Health and Nutrition Examination Survey. This annual survey covers a cross-section of Americans and tracks their responses to questions on how they eat, exercise, feel and generally conduct their lives. Some participants now wear monitors that help track their movements.

The researchers collected monitor data for 3,626 adult men and women, most of whom were healthy. Standard measures to evaluate the minutes in a day that each participant spent sitting, in light-intensity activities (like standing), and in moderate activities (like walking) and intense activities (like jogging). It was found that majority of the respondents spent most of each day sitting.

Mortality rates were compared among these groups for 3 to 4 years after the survey. Based on the results, the researchers calculated the participants’ overall risk of premature death. The aim was to understand whether standing, walking or jogging instead of sitting worked the best to increase the lifespan.

It was found that:

The study suggests that reduced mortality risk could be linked to maintaining energy balance – gentle walking or strolling instead of sitting burns more calories, helping weight loss and other metabolic changes, which can impact mortality risks.

Based on their findings, the lead author of the study recommends two additional minutes of walking each hour along with their normal activities, including 2.5 hours of moderate exercise each week.