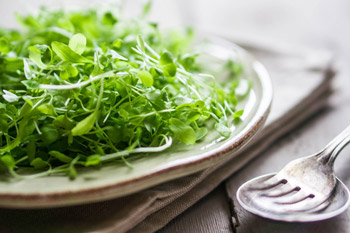 Due to their high nutritional value, sprouts are considered to be a wonder food. Sprouts are rich in many nutrients and are also known to improve blood sugar levels and lower risk of heart disease. However, when you buy sprouts, you should know that they may contain some foodborne illnesses.

Sprouts are germinated seeds that have been allowed to grow into young plants. They can be either consumed as raw or cooked. They purify the blood and strengthen the immune system to fight against several diseases. This health rejuvenating food is rich in fiber, protein, minerals, vitamins and enzymes.

The health benefits of sprouts include:

While sprouts come with innumerable benefits, they are also associated with risks of food poisoning. A Healthy Diet Base article notes: “Sprouts can contain foodborne illnesses and many people at risk when they eat sprouts raw, especially children, pregnant women and the elderly. People with weak immune system should also avoid eating raw sprouts”.

The reason raw sprouts are risky is because they are grown in warm, humid conditions in which harmful bacteria such as E. coli and Salmonella also thrive. The risks are higher as sprouts are eaten raw or only slightly cooked. According to Healthline, risks of contamination can be reduced by buying only chilled sprouts, storing them in the fridge and washing hands well when handling raw sprouts. Also, avoid buying sprouts with a strong smell or slimy appearance.