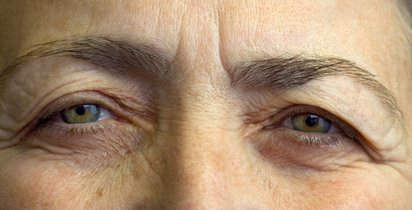 The signs of aging appear in many parts of your face and body. The eyes also show the marks of aging, which can have an impact on both function and appearance. The changes that occur in all structures of the eye can cause varied effects. Along with affecting the vision, aging can also affect the metrics of upper and lower eyelid saccades. Some people also opt for blepharoplasty or eyelid surgery to reduce bagginess from lower eyelids and remove excess skin from the upper eyelids.

Saccade is a rapid movement of the eye between fixation points. They range in amplitude from small movements to much larger movements. Saccades can be horizontal or vertical. The study of this type of eyelid movement can help to examine the conditions that affect eyelid function, such as blepharoptosis, cicatricial lagophthalmos, lower eyelid entropion, and Graves’ upper eyelid retraction.

There have been very few studies that considered the effect of aging on eyelid saccades.

A study published in the Brazilian Journal of Medical and Biological Research clearly shows the effect of aging on the metrics of upper and lower eyelid saccades. For this study, 60 patients were divided on the basis of age into a younger group (20-30 years) and an older group (60-91 years). To determine the effect of aging, researchers measured the eyelid movement of the young and old groups, each comprising 30 subjects without history of eye or eyelid surgery. The upper and lower eyelid saccades of these subjects were analyzed using computed image analysis. Amplitude and peak velocity were used to compare the effect of age on the saccades.

Highlights of the study include:

Though none of the elderly subjects had entropion (eyelid turns inward), the data provided by the study clearly supports investigators who stress the importance of correcting the horizontal laxity in lower eyelids for patients with entropion.

Lower lid entropion is a common condition in elderly individuals; the prevalence increases steadily with age. It can cause discomfort from contact between the eyelashes and the surface of the eye. This condition can be repaired through lower eyelid surgery that tightens the abnormal muscle. The success of this repair depends on good surgical technique. Lateral canthotomy, a step in common eyelid procedures is performed for eyelids with extreme horizontal laxity.