National Drug and Alcohol Facts Week® (NDAFW) will be observed from January 22-27, 2019. NDAFW is a national health observance week that provides the opportunity to link teens to science-based facts to SHATTER THE MYTHS® about drugs and alcohol use. Teens, scientists and other experts will come together to discuss how drugs affect the brain, body, and behaviors, in community and school events all over America. 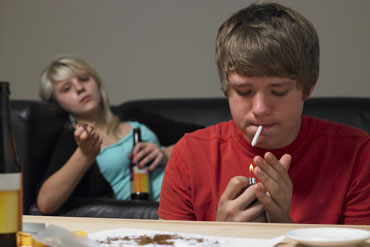 Drugs and alcohol can have a serious negative impact on people’s lives, both mentally and physically. Over the course of days, weeks or years, consuming excessive amounts of alcohol and drugs can take a toll on the body and a person’s financial aspects. Some after-effects might be minor and others can cause permanent damage, which includes anything from altered brain chemistry, health complications, infections, legal issues, financial problems, accidental injuries, and even death.

An Addiction Center article notes, “Research has shown that people are more likely to develop an addiction if they start abusing drugs at a young age.”

According to National Institutes of Health, NDAFW mainly targets young people or teens. Preventing teenagers from abusing drugs and alcohol can get them through a vulnerable time in their life. NIAAA Director George F. Koob says that “all teens should know that the brain is still developing into the mid-20’s, making the adolescent brain particularly vulnerable to alcohol-related harm that can last into adulthood.” So making an effort to stop such activities in a teenager is great thing. When teens are well informed about the grave potential consequences of drug and alcohol abuse, they can make smarter choices.

Drinking excessive amounts of alcohol and drugs can destroy your relationships with family and friends, your career and your health. Depending on the amount of alcohol and type of drug consumed, you can experience a lot of harmful side effects, both short-term and long-term. Since alcohol is a depressant, mixing it with another drug is detrimental for your health.

Some people might think that their drinking habits aren’t destructive as it makes them feel better, or their drug use is “just for fun”. But in long run, they’re actually causing long-term damage. Some long-term effects of alcohol and drug abuse include:

Alcohol and substance abuse are treatable conditions that can be overcome with the help of certain treatment options or by consulting a specialist in the field. Treatment options available include inpatient rehab, government facilities, counseling and support groups.