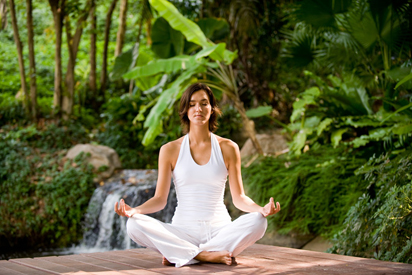 People in countries across the world will celebrate the first International Yoga Day on June 21, 2015. A record 175 member states of the United Nations (UN) endorsed the proposal put forward by Indian Prime Minister Narendra Modi to establish the International Day of Yoga in his address at the 69th session of the UN General Assembly earlier this year.

Yoga has a universal appeal. This centuries-old body of knowledge that has its origins in India is much more than physical exercise. This holistic approach to health embodies unity of mind and body, thought and action.

“By proclaiming 21 June as the International Day of Yoga, the General Assembly has recognized the holistic benefits of this timeless practice and its inherent compatibility with the principles and values of the United Nations,” said UN Secretary-General Ban Ki-Moon.

The physical benefits of yoga are immense. Physical inactivity is among the top ten primary causes of death worldwide as it increases the risks of non-communicable diseases such as cancer, diabetes and cardiovascular disease. Yoga can help address this, say yoga experts. Sessions typically comprise the following:

The most important benefits of yoga are

Today, stress causes many medical problems including depression and anxiety. Meditation, a critical element in yoga, can help deal with stress and promote a relaxed state of mind. It is good for the heart, lowers the respiratory rate, relaxes the mind, reduces anxiety attacks, and builds self-confidence.

As the Indian Prime Minister said, “Yoga is not just about exercise; it is a way to discover the sense of oneness with yourself, the world and the nature.”

Yoga unifies the multi-dimensional aspects of the human being – the body, the breath and the mind. The various techniques of Yoga grow the experience of that union, leading to a greater integration of the individual, promoting health, happiness, self-awareness, internal peace and clarity of the mind.