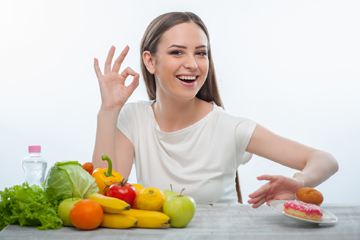 Food processing can be as basic as freezing, canning, baking, and drying. Some common processed food include breakfast cereals, cheese, tinned vegetables, bread, savoury snacks, such as crisps, sausage rolls, pies and pasties, meat products, such as bacon, sausage, ham, salami etc, convenience foods, such as microwave meals or ready meals, cakes and biscuits, drinks, such as milk or soft drinks. Another category of unhealthy foods are ultra-processed items made mostly from fats, starches, added sugars, and hydrogenated fats. These foods contain additives like artificial colours and flavours or stabilizers. A study published in The BMJ reported that ultra-processed foods are the main source (nearly 58%) of calories eaten in the US, and contribute almost 90% of the energy we get from added sugars.

To study the effects of processed foods, researchers at the National Institute of Health conducted a four-week study involving 20 people. The researchers allowed the 20 participants to eat as much or as little as they wanted. They found that people eat 500 more than the required calories a day when they eat mostly processed foods. However, when the same people were given less processed foods, their calorie intake was within the limit.

In another study published in The BMJ, researchers in France found that people who ate more processed foods were more likely to have heart disease. They examined more than 100,000 French adults and found that those who consumed more ultra-processed food faced problems like higher risks of cardiovascular disease, coronary heart disease, and cerebrovascular disease. The results of these studies remained statistically significant even after the researchers adjusted for the nutritional quality of the diet due to factors such as the amount saturated fat, sodium, sugar, and dietary fiber in the diets. A similar study in Spain linked eating more processed foods to a higher risk of death in general. All of the above studies show that having processed food is harmful for your body.

How Processed Food Affects Your Body

Avoiding processed foods can be hard, especially for people with limited time and money. But substituting it with fruits and vegetables is a healthier option. Having whole food that contains natural vitamins and minerals which go through minimal industrial processing is also good for your body. Make sure to have more home cooked food.

Remember – good food is the key to a good life.