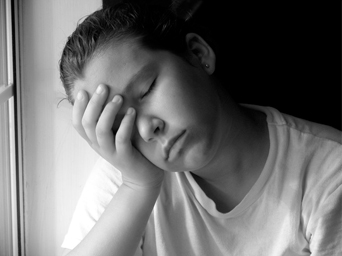 Many teens have sleep problems and this is having a negative impact on their physical, mental and emotional health. According to a new study by researchers at University of Alabama at Birmingham (UAB), teens who experience sleep problems and longer sleep duration are more reactive to stress and this could contribute to academic, behavioral and health issues. Inadequate sleep and sleep problems causes disruptions in the main area of the neuroendocrine system that are suppose to regulate many body processes and control reactions to stress.

The researchers investigated the relationship between sleep and reactivity to stress. They observed sleep patterns in a sample of 84 urban African-American adolescents of average age of 13. The physiological response of the participants to stress was measured through a popular stress test. The factors analyzed included cortisol levels before and after social stress, and gender variations in the effects. Data was collected on bed times and wake times, daytime sleepiness, and general sleep quality. The findings are as follows:

As sleep problems can cause many health concerns, they need to be addressed at the earliest. Young people should be educated about sleep hygiene and encouraged to form habits that are conducive to sleeping well on a regular basis. The National Sleep Foundation recommends practices such as avoiding napping during the day, fixing a regular bedtime routine, and exercising regularly.