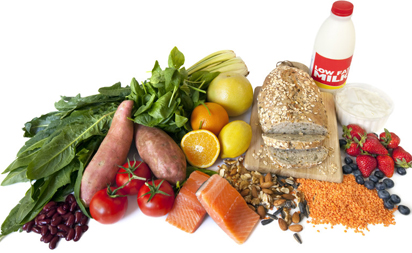 In the United States, colorectal cancer is the second leading cause of cancer death. Colorectal screening tests help detect precancerous polyps and helps save lives. However, as with other chronic medical conditions, the focus is on prevention. Now, a new dietary study says that a vegetarian diet could help reduce the risk of colorectal cancer by 20%.

The potential of dietary and lifestyle factors to prevent chronic diseases is one that is widely researched. The study on the risk factors for colorectal cancer, which was led by specialists in preventive medicine at Loma Linda University in California, suggests that the protective link is even stronger for fish-eating vegetarians.

According to webmd report, the study involved more than 77,000 adults. Half of the study population was classified as non-vegetarian. The others were divided into four groups

After seven years of follow-up, it was found that all vegetarians had, on average, a 22 percent reduction in risk compared with non-vegetarians:

The researchers also found that risks of the cancer were lower for vegetarians with healthy diet – one that involved a lower intake of not only meat but also less of sweets, snack foods, refined grains and caloric beverages. These people also ate more fruits, vegetables, whole grains, beans and nuts.

The experts concede that dietary studies have a limitation in that they can only show a link between cancer and diet. They cannot say which types of food are protective and which are harmful. For instance, the cause-and-effect relationship between diet and cancer cannot be established as such studies do not reveal whether there is something in vegetables that is protective or whether there is something in meat that is harmful.