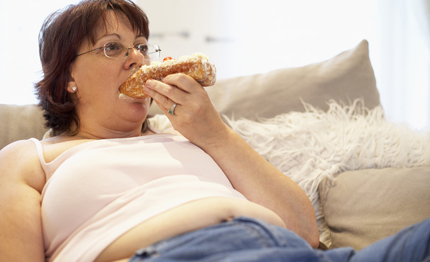 Much research has gone into eating disorders among young people and there is a general misconception that the problem only affects this group. However, older people are affected too, say healthcare experts, and their problems does not receive as much attention as it deserves. According to a Medical News Today report, eating disorders can affect anyone at any time, irrespective of their age, gender identity, sexuality, race, ethnicity or cultural background. Physicians point out that the problem needs to be recognized and addressed as eating disorders can severely affect a older person’s physical and emotional health.

Most of the conditions are associated with food and weight in varying degrees. The main types of eating disorders include:

Anorexia nervosa: This is characterized by an indistinct perception of body weight and a considerable fear of gaining weight.

Bulimia nervosa: This is characterized by people eating a lot of food and then trying to eliminate those extra calories through unhealthy ways.

Binge-eating disorder: This is characterized as unusually large amounts of food being frequently consumed, together with a pressure to do so.

Generally, eating disorders are less recognized among adults as they are expected to “grow out” of the problem. People seem to become invisible as they age, and even if they report the problem, it is often discounted, minimized, and ignored. Moreover, some of the symptoms of eating disorders are similar to those related with the aging process which makes them unnoticeable.

A combination of biological, interpersonal, psychological and social factors can make the conditions complex. Eating disorders are often the result of depression, anxiety, a history of abuse, loneliness or introversion. Women are particularly susceptible to eating disorders as they experience a lot of stress due to their rapidly changing role in a globalized consumer culture, the standards and expectations relating to weight and appearance, the influence of social media.

Healthcare experts stress that anyone who has an eating disorder should get professional help.

Statistics point to a looming problem. The National Institute of Mental Health (NIMH) notes that people with conditions such as anorexia nervosa are 18 times more likely to die early compared to people in similar age groups in the general population. Similarly, the National Eating Disorders Association (NEDA) reports that around 20 million women and 10 million men in the U.S. may experience a clinically significant eating disorder at some point in their lives.

Age plays a vital role in how people deal with disease, both physically and mentally. So it is understandable that for elderly with eating disorders, their other illnesses may get worse. Cardiac problems, osteoporosis, obesity and gastrointestinal problems are common among the elderly and an eating disorder can make them worse.

It is important to raise awareness about recognizing and tackling eating disorders among older people. There is need for more research on the problem, including data that can better define the extent of severity and nature of the condition. Mental health and medical professionals need to be trained to screen, identify and treat and refer people with disordered eating. The elderly need to be equipped with strategies to cope with mood changing, stressful life events and body image problems so that they do not fall prey to eating disorders.