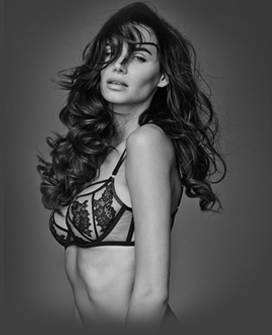 A facial rejuvenation procedure is supposed to make your look more attractive, which typically translates to ‘more youthful’. However, a new study led by cosmetic surgeons from the Medstar Georgetown University Hospital, Washington DC, says that facelift surgery can do more than just enhance youthfulness. The study says that this cosmetic procedure can improve how other people perceive you.

The basis of this hypothesis is not something new. Like it or not, the human tendency is to judge people based on their looks. What the researchers did was to evaluate and quantify the changes in personality perception after various types of facial rejuvenation surgery. The results of the study were published in JAMA Facial Plastic Surgery and reported in Medical News Today.

A group of 170 people were shown preoperative and postoperative photographs of 30 white female patients and asked to rate them based on six personality traits – aggressiveness, extroversion, likeability, trustworthiness, risk-seeking and social skills. The procedures that the women had undergone included facelift, upper and lower eyelid surgery, eyebrow-lift, neck-lift and/or chin implant.

After looking at the pictures before and after surgery (which were standardized and controlled for bias), the results given by the raters showed that besides improvement in attractiveness and femininity, there was:

The lead author also noted that, “Having a facelift and lower eye lift were the two procedures that appeared to garner more favorable reviews after surgery, with the lower eye lift carrying a little more weight.”

The study indicates that plastic surgeons need to look beyond achieving the trait of youthfulness when evaluating a patient for a facelift.

“The comprehensive evaluation and treatment of the patient who undergoes facial rejuvenation requires a broader understanding of the many changes in perception that are likely to occur with surgical intervention. The face is not defined by youth alone,” the study concludes.