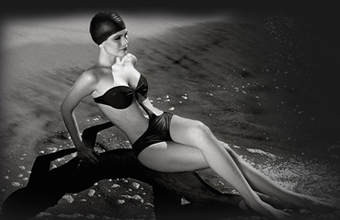 The demand for body contouring in NYC has been increased significantly in recent years, indicating that more and more men and women are becoming increasingly conscious about their appearance. According to the American Society for Aesthetic Plastic Surgery (ASAPS), liposuction was the most popular procedure in 2016, with 414,335 procedures performed. Liposuction removes stubborn fat pockets and reshapes the body. According to a recent NewBeauty article, experts say that liposuction fat transfer can be used to treat arthritis.

Fat grafting is often used after breast cancer surgery and radiation therapy. According to the article, fat removed during liposuction can be used to heal painful arthritic joints. Fat transfer in NYC is popular in Brazilian butt lift surgery where excess fat from specific areas is extracted and injected into buttocks to enhance shape and appearance. In a brand new surgery in the U.K., fat removed via liposuction is injected into damaged painful joints mainly in knees and feet. The procedure, dubbed Lipogems, can lessen discomfort in joints and act as an anti-inflammatory agent. The report notes that post-procedure MRIs have shown that the treatment can actually regrow cartilage in joints affected by arthritis.

The article cites a plastic surgeon as saying that the concept of Lipogems appears to be based on the idea that fat, which is rich in stem cells, can be injected into various areas of the body to produce a regenerative effect. The expert points out that the procedure is mainly about using fat-based stem cells extracted through liposuction to treat arthritic joints.

Stem cells are found in adult tissue. Plastic surgeons offering body contouring in NYC use stems cells in skin and fat grafting to reconstruct lost compound tissue and address congenital malformations, to treat acute and chronic wounds and burns. Cosmetic surgeons use patients’ stem cells in several procedures to provide more attractive, natural, and youthful-looking results. Fat extracted through liposuction is purified and used in procedures such as facial rejuvenation, Brazilian butt lift, breast augmentation, wound care, reconstructive surgery, and to correct asymmetry. As the NewBeauty report points out, there this “tried-and-true procedure” could have a whole new use if it can help in treating painful arthritic joints.