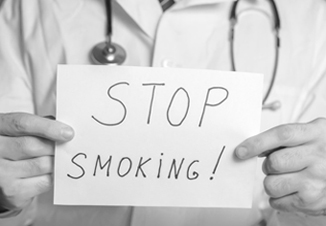 Body contouring in NYC provided at leading plastic surgery practices focuses on helping men and women achieve their aesthetic goals. Though primarily considered a cosmetic option, according to a study published recently in the Journal of the American Society of Plastic Surgeons plastic surgery may have some medical benefits as well. It could to some extent help patients quit smoking. You might be thinking, how?

The explanation for this is that normally surgeons would advise their patients to stop smoking for at least two weeks prior to the plastic surgery procedure to avoid health complications. The study team found that after the surgery, a large percentage of patients end up quitting the habit in the long-term or at least reduced their cigarette consumption.

The research published in Plastic and Reconstructive Surgery shows that the one month self-denial leads 25 percent of smokers to quit the habit altogether. According to Refinery29, the study was conducted in 85 smoking patients who underwent tummy tuck, breast lift, and facelift. They were advised to stop smoking two weeks prior to their procedure. Of the daily smokers who were followed up long-term (five years later, on average), over 40% reported smoking occasionally and not on a daily basis, and almost 25% said they had not smoked at all since the operation. Overall, 57% of the patients responded that they’d reduced their cigarette consumption by any amount since their surgery. Their study shows some kind of association between cosmetic surgery and smoking cessation at long-term follow-up.

Many people struggle to break their smoking habit and utilize options such as behavioral therapy, nicotine gum and patches, hypnosis and other methods with some degree of success. According to Refinery29, the global smoking-cessation market is estimated to be worth $4.4 billion by 2023. But now, this new study reveals that plastic surgery has an unexpected health benefit, and it could help people quit smoking. For those who want to undergo a cosmetic surgery and wish to quit smoking, plastic surgery could indeed be a great option.

People undergoing plastic surgery are asked to stop smoking because smoking can interfere with the efficiency of the treatment, healing process and the outcome. As the goal of plastic surgery procedures is to improve the appearance or function or both, it involves reshaping or moving the tissues from one location to another. Proper blood supply is a major concern during these procedures and it would be compromised for those who smoke. Although nicotine in the cigarette smoke is the most dangerous element, the carbon monoxide and hydrogen cyanide are also problematic. Carbon monoxide that gets into your system robs the tissues of oxygen, while nicotine or other chemicals in cigarettes make the blood stickier or make it clot sooner. The unnecessary clotting and blood thickening make blood flow to and from the operated area difficult, and prevents smooth healing. Good wound healing is all about getting enough blood supply to the area.

Some studies also show that smoking patients require more anesthesia and pain medication compared to non-smokers. Those who smoke have longer healing time, worsened scars, and more complications. If you are looking to undergo plastic surgery in New York City, find an AAASF-accredited plastic surgery center that offers the service of experienced surgeons who can provide you the best results and pre- as well as post-operative advice and follow-up.