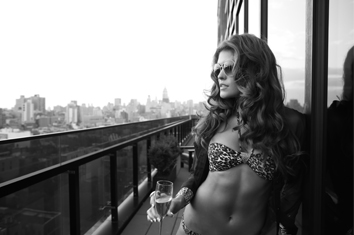 Being bullied is a traumatic experience for anyone, especially teenagers. According to one report, Family First Aid statistics indicate that about 30 percent of teenagers in the U.S. have been involved in bullying, either as a perpetrator or as a victim of teenage bullying.

In the U.K., a recent survey by anti-bullying charity Ditch quizzed teenagers across the nation on a wide range of topics related to bullying. It was found that more than of the respondents felt that they were bullied about their appearance. The report says that bullied teens are looking to cosmetic surgery as the solution to their insecurities. The survey found that

Experts say that the popularity of selfies and image-based apps such as Instagram fuel online bullying. Pictures of models with “impossibly perfect” figures and image editing and glossing techniques are also responsible for making teenagers overly anxious about their appearance.

Founder and CEO of Ditch the Label Liam Hackett points out implications of appearance-based bullying are “significant” and can have “devastating, long-term impacts”. Even teens as young as 13 are considering liposuction and breast implants. Their insecurities and bullying are causing them to take big decisions that can impact their life.

Plastic surgeons and parents need to pay attention when a teenager considers cosmetic surgery. Bullying should not be a factor driving the demand for an aesthetic procedure. For properly selected teenage patients, cosmetic plastic surgery can have a positive impact on physical and emotional development. In fact, reconstructive surgeries can benefit children and youth.

The American Society for Aesthetic Plastic Surgery (ASAPS) recommends that the evaluation of teenagers considering cosmetic surgery needs to be based on considerations such as whether:

Informed consent is a critical factor in a teenage cosmetic surgery. A reliable surgeon would screen potential patients and help them take an informed decision.