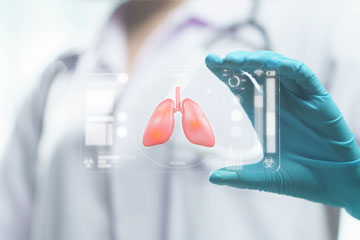 Chronic Obstructive Pulmonary Disease or COPD is a chronic inflammatory lung disease that causes obstruction of airflow from the lungs. According to the Centers for Disease Control and Prevention (CDC), about 15.7 million Americans report being diagnosed with COPD and millions are living with the disease without being diagnosed.

November is observed as National COPD Awareness Month by the COPD Foundation. The awareness theme for this year is “Lace-Up for Lungs: Let’s Outpace COPD”. The COPD Foundation is dedicated to innovative approaches to raise awareness for COPD and encouraging early diagnosis.

Both these conditions usually occur together. However, the severity may differ on an individual basis. COPD is categorized according to severity as follows:

This condition is characterized by feel shortness of breath especially after exercise. The airflow to the lungs might get worse at this stage of COPD. Most people seek medical help in this stage.

In this stage, the condition worsens from that in stage 2. There may be greater difficulty in breathing, decreasing the tolerance level when performing workouts.

In this stage, the limitation of airflow increases, greatly reducing quality of life. As time passes, the symptoms get worse and the condition becomes life threatening.

Though this condition is incurable, early detection can help control it to a certain extent and also prevent it from turning life threatening. Recognizing symptoms is crucial for early detection and treatment.

The symptoms of COPD include:

COPD is a progressive disease that gets worse over time, but it is treatable. Proper management of the condition can ease symptoms, prevent complications, help slow disease progression, and improve quality of life.