The Brazilian Butt Lift (BBL) is a novel cosmetic surgical procedure designed to provide women with prominent, youthful and curvy buttocks using their own fat. In this Brazilian butt lift podcast, Dr Chia discusses the BBL procedure, patient considerations, and other relevant matters.

What is Brazilian Butt Lift?

Hello and welcome to the discussion on the Brazilian Butt Lift or autologous fat transfer to the buttocks through liposuction. My name is Christopher Chia and I am a plastic surgeon practicing in New York City and I provide services for all types of cosmetic surgery. As a diplomat of both the American Board of Plastic Surgery and the American Board of Surgery, I serve as surgical director for the bodySCULPT® Corporation. Today, we are talking about the Brazilian Butt Lift or autologous fat transfer in order to shape the waist and other parts of the body, and instead of throwing the fat away after liposuction, using that in a careful manner in order to enhance and improve the buttocks to the patient’s desires.

As an elective procedure, ideal candidates include those who are in good general health and have enough fat and an appropriate body type in order to be able to harvest enough fat, in order to make an effective change to the buttocks during transfer. It should be noted that the techniques have really evolved during the last several years, that even some smaller patients who may be considered too slim a few years ago, may still have enough fat in appropriately found places in order to have an effective BBL. Typical areas of fat harvesting include the sides which are the axilla or arm pit, the mid back or bra rolls, flanks or love handles as well as the outer thighs, inner thighs, abdomen and other areas have been under consideration. An important place of shaping in my opinion is called the precycle area, which when the patient is lying on her stomach, is the small of the back area just under the curvature of the top of the buttocks, when this is enhanced it really decreases the waist size and enhances the projection of the buttocks even before the fat is injected.

The harvesting portion of the fat, of course, includes liposuction, in most cases tumescent — in all cases, tumescent — where a saline medium is used to deliver the medications as well as a safe zone in which the suction tip be applied. It uses and principles of different densities where the fat is slightly less dense in the surrounding tissues in the water, so that it will be suctioned appropriately through the cannula. Done carefully, especially if it is in a closed system, it can harvest a good amount of fat from the average patient. One common question is exactly how much fat is needed. This is a question that you should discuss with a qualified plastic surgeon, but in general, it requires a good amount of fat in the order of several hundred CCs or even more per buttock. Of course, the goals should be discussed with your plastic surgeon in an in-person consultation beforehand so that your goals are met. An important consideration is that not all of the fat, no matter how carefully we do it and how advanced the techniques are developed for fat transfer, today, that not all of the fat will survive. In anticipation of some of the drop off of the fat, the surgeon will opt to probably overfill the buttocks with fat by a certain percentage. This varies from surgeon to surgeon and his or her technique, but this is also something also they should discuss. The end result is that a combination of the post-operative swelling which is normal, as well as the relative overfilling of the buttocks, you have an early phase where the shape and volume of the buttocks will be quite enhanced. After the operation, in order to maximize the survivability of the graft take, one should minimize the amount of pressure or sitting or time you spend sitting because it is in the early several weeks postoperatively that the fat cells will depend on the ability of the blood cells to develop. Once it’s matured after several weeks to months, the fat that you have at that point pretty much should last several years or longer.

All patients undergo the standard history-physical and other appropriate workup before an operation to find out if he or she is a suitable candidate for the operation. In most circumstances, for larger areas of liposuction with more generous amounts of fat transfer, general anesthesia is required in order to achieve these results. This is because a relatively large area of harvest sites has to be performed and the relative amount of fat is large to the buttocks to maintain a maximum result. A relatively new concept is to perform a small to moderate size BBL under local anesthesia. For surgeons who are experienced with this type of technique, it can be performed safely and effectively with minimal pain. It’s important to determine, however, that the areas of liposuction and the amount of fat that is injected to the buttocks is limited when compared to when done under general anesthesia. This is due to the restrictions of the medications that can be applied to a patient in any one setting. However, for some patients, this may be an ideal situation where you have a relatively short procedure with a very short recuperation time and a return back to your normal activity with minimal downtime. Further, the relatively small amount of fat that’s injected in around 200 to 400 CCs per buttock – this may be staged over several days or weeks or longer so that you can build a base of fat and then build upon it.

Considerations of risk are the same as any other type of elective plastic surgery and should be discussed with your plastic surgeon. This is merely a brief overview of the Brazilian Butt Lift or BBL and the options that you should discuss should be in person in consultation with a qualified plastic surgeon. I urge you to get more information and contact those with lots of experience in doing these types of procedures of body contouring in general, with BBL experience in particular. Best of luck! 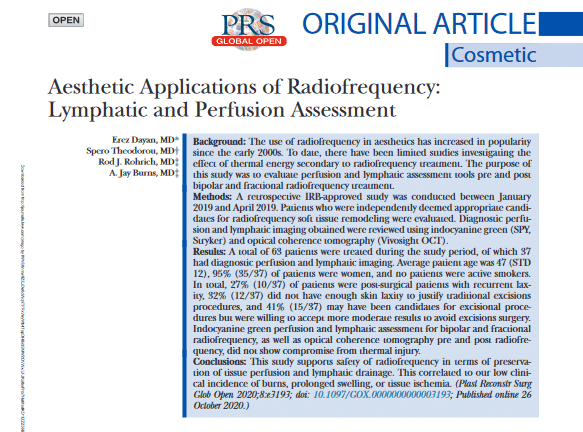